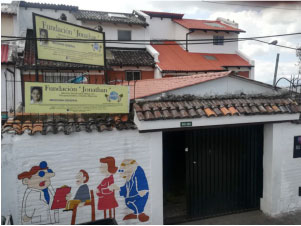 In early April 2016, Christian Raymond and Monique Pauly met Catalina Avilez in Quito , the founder of the Jonathan Foundation, named after her son who was kidnapped and killed about ten years ago. Her immense sorrow gave her the energy to aid 400 people who were totally destitute in the Ecuadorian capital. It provides meals, clothing and medical care to 200 children and 200 adults / seniors half of whom are seriously ill.

The Endowment Fund, PARTENAIRES SOLIDAIRES, therefore decided to take over the repairs up to 20 000 Euros so that Catalina can continue to take care of these 400 people. The work was completed in July 2017, as shown in the PDF photos below.

Renovation of the “Jonathan” Drop-in Center in Quito, for 400 street children and adults in need 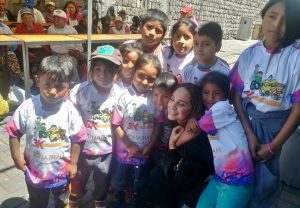 Following the earthquake of 2015, the center was badly damaged. We have funded its refurbishment, modernization and a doubling of its size to better serve the children and elderly people who can find warm meals, clothes, medical and dental care here every day.